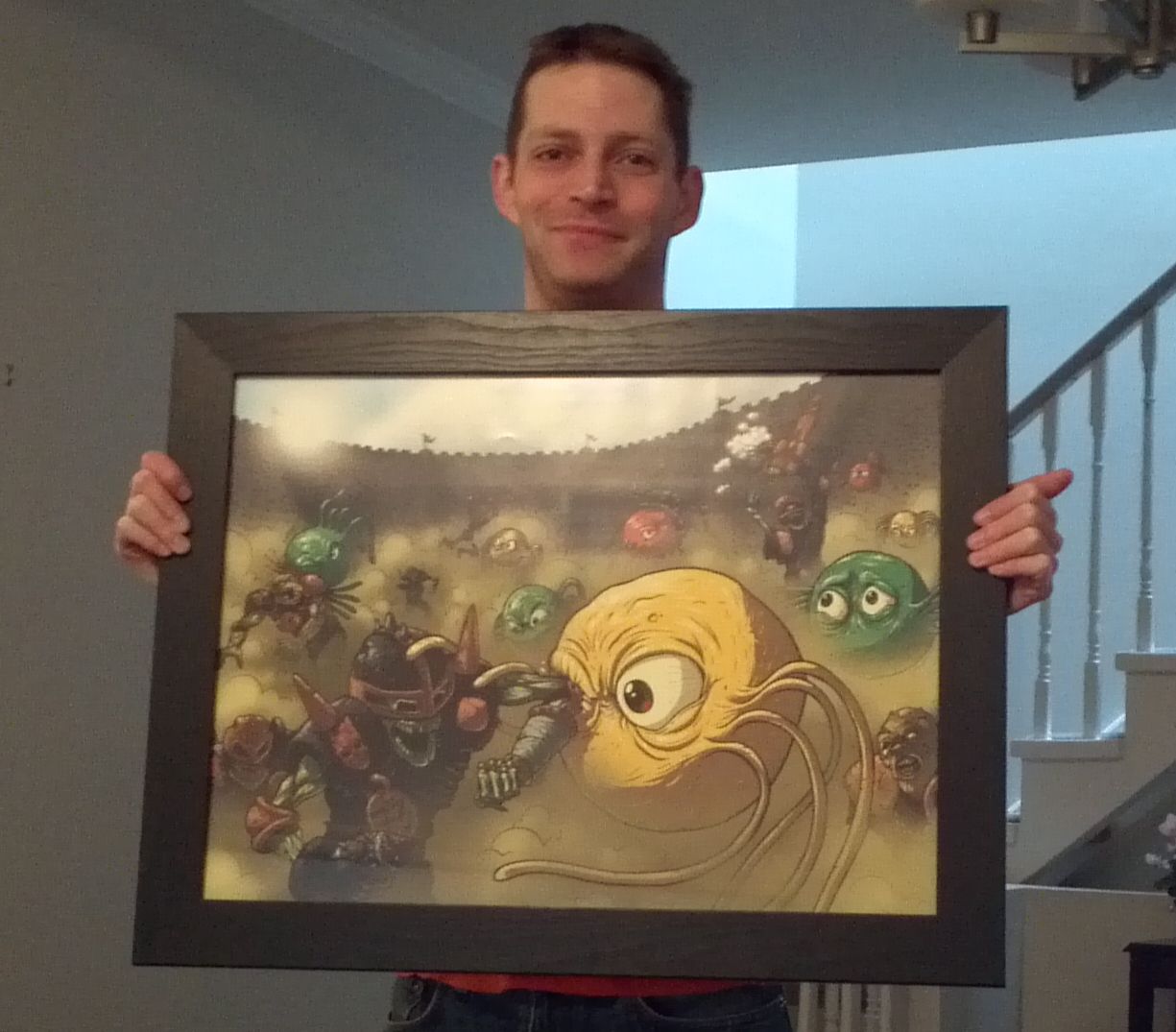 So, first off… I’d like to say we have a new episode up, but apparently it’s taking a bit of time since it’s super long(3hrs!) and Scott’s been having technical issues. That’s the bad news.

The GOOD news is that it allows me to talk a little about something else. Blood Bowl Blogs, specifically Tristan’s great blog GWpertinent.

Scott and I met Tristan at the Chaos Cup 2011. At first, we were like shy deer who were just trying to find a place not to get shot, then somehow we got to talking about Manatee sex… but that’s not important right now.

What is important is that his blog reached 350 posts! That’s awesome. It’s very easy to start blogs or podcasts or websites or whatever… but it’s much harder to continue them. He’s been going a long time with a group of old and new fans of his stuff. Again, that’s not an easy thing to do. Most people lose interest after little response(something could be read by 500 people, but only 2 people reply. It gets annoying) or after just feeling like they’ve been drained. However, Tristan seems to be keeping his spirits up and pumping out new and interesting things all the time!

“But Steve, what of this contest you mentioned?” you say as you blow bubbles out of your realistic bubble pipe. Well, he was wanting to know which of his previous posts was your favorite and to write why. So, I shall do that now.

That. That’s my favorite post. Why? Well, first off, it’s a promotion for our first tournament. However, I’m not so egotistic to think that that’s the most important thing in the world(close, but not quite). The thing about it is, seeing something you’ve planned and worked on for a long time talked about positively by someone is definitely a nice feeling. Tristan and all the people who commented were very nice and made us more assured that we were doing things right and going in the correct direction.

So, there you go. Go check out his blog. Read his current and past articles. And let him feel your love.
By comments or emails or twitter… not by stalking him and delivering “packages” to him at waist level.(Learned that lesson the hard way)
I’m sure he’ll do the same.