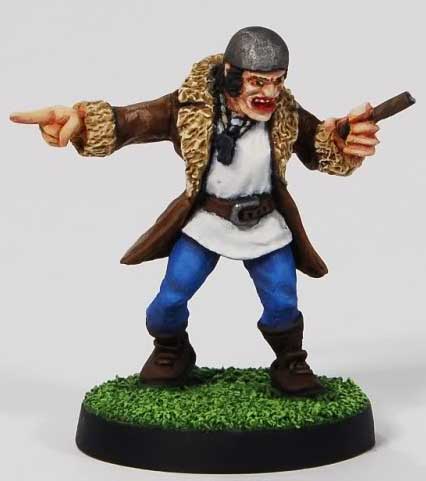 On Both Down Episode 3 we talked about the Orclahoma Bowl and during the awards segment we mentioned the Del Zine Cup. I am here today to reveal the untold origin of this great award. Before I start I must ask this: Is it better to be 3rd place or the Del ZIne Cup winner? Personally, I would rather hoist a trophy named the Del Zine Cup, since it obviously named after me. Before I tell the true origin of the Del Zine cup, let me give you a little backstory.

Our league is rather small usually hosting 12-14 teams, with every coach taking two teams each season. I have been blessed to win the coveted DBBL Championship twice, but cursed as well so to speak, because I have also won the 3rd place award all 5 seasons. In reality, I have been overall very blessed because only four teams make our playoffs each year, which means on many occasions I have been lucky enough to get both of my teams into the 4 team playoff. While I have won 2 DBBL Championships, I have never won 2nd place in our league. That is because my teams would win their division, but lose in the first round of the playoffs, thus moving on to play in the 3rd place game. I would then have to find a coach to play against me with one of my own teams for the 3rd place game. Playing against your own team, piloted by another coach isn’t the most fun way to play Blood Bowl.

Fellow DBBL players like Bryan, Alan, and even Both Down’s ginger brethren Steve would tease me about winning that 3rd place trophy each and every year.  They mocked how it should become the Delsigne (my real last name) Cup since that’s all I can seem to win. So what is a guy to do when getting teased by his friends; be sad, cry, get pissed off? No, you listen to your friends and build it into your Blood Bowl league thus creating some history and flavor (or fluff) for it. Below is the background fluff I created for the league so we could justify the trophy name change.

The Del Zine Cup is named after legendary mercenary Human Assistant Coach Del Zine who was on the staff of all four teams that finished 3rd in the Dragonfyre Cup Tournament. Del Zine is an ex-Lineman for the Nakoma-Parck Falcons. As a player Del Zine led his team in casualties every year he played.

After his career was over he began a career as an assistant coach, where he coached the lineman for teams like Bruendar Grimjacks, Albion Wanderers, Reikland Reavers, Nakoma-Parck Falcons and the Middenheim Marauders. Years later he decided to take his knowledge for violence on the road and act as a late season mercenary assistant coach. He was known for giving those teams the edge they needed to win the big one. If your team was heading into the playoffs Del Zine was the man you wanted to help and you paid him whatever he wanted.

After being retired many years Del Zine returned to the game he loved and took on the challenge of being in the Dragonfyre League, hoping to lead another team to their league’s championship game. What was once the “road to victory” for any team that added Del Zine to the roster, quickly became the “kiss of death” in the DBBL. Del Zine helped lead four teams: the New Quetza Saints (2508, 2509), the Chrace White Lions (2510) and the Black Water Bulls (2511), to hoist a cup, but that cup was always 3rd best in the league.

The Black Water Bulls ended Del Zine’s string of bad luck by killing him after their win against the Chrace White Lions. Del Zine body was eaten by Senor Manos III and his blood was poured into the 3rd place cup and shared amongst all those on the team. The players called the cup filled of blood the Del Zine Cup as they celebrated their victory by slurping him down. Thus today this is why the 3rd place cup is called the Del Zine Cup.

He was a Blood Bowl legend before the DBBL, and during his time with the DBBL he will be remembered as being 3rd best four different times, warm, wet and red. 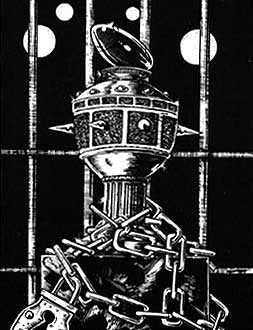 So that is how our 3rd place trophy was renamed to the Del Zine Cup for the 2511 season and we haven’t looked back. The Del Zine cup will continue to be an award for all tournaments and leagues I am apart of going forward. Truth be told, for the Orclahoma Bowl the 3rd place award was supposed to be a paper certificate, but since I ordered the trophies I slipped this in. It’s fun, its fluffy, and it’s a heck of a lot better than telling someone that you won a 3rdplace trophy. Yep, I am proud to say that I have won the Del Zine Cup 5 seasons in a row,  and I hope that I can continue the streak!