Click the “continue reading” to see Nuffle!
For our “Draw Nuffle” contest, we received some great and some fun entries. Some didn’t make their way into the computer and some have still not finished(looks at Scott), but here’s some that we did get and of course the winner. 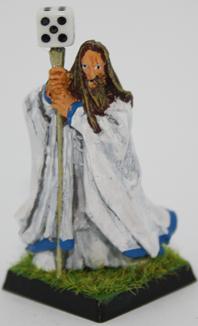 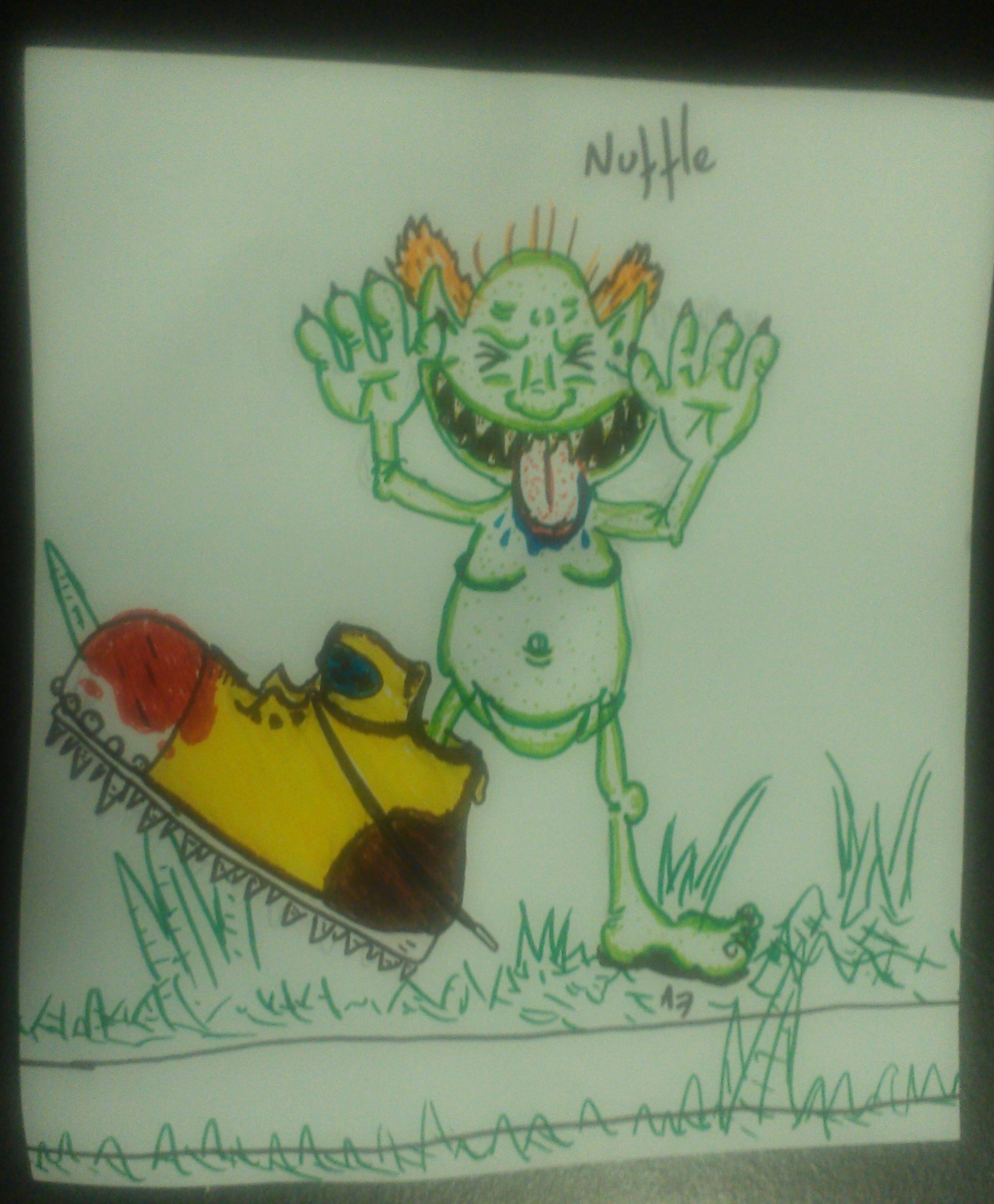 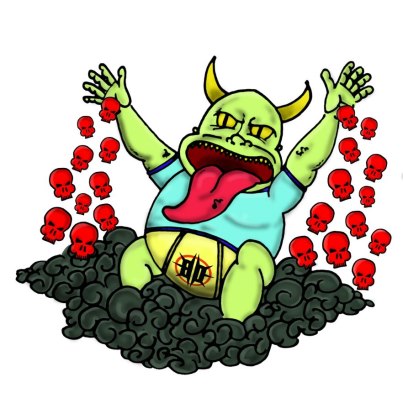 Nufle Himself from Rich Harrop

As to why Rich drew him that way, I’ll let him tell you: “When I think about Nuffle, I always get reminded of my kid brother. When we were younger all I remember, whenever a board game was played, was how bad a sport he was. If he could rob the monopoly bank, hide a spare ace card or call a cocked dice, he would do it. He loved to win at all costs and see others beaten and so I kind of see Nuffle as crazy man-baby god who never truely grew out of that phase, with only the desire to see the game go his way. Raining down skulls from above.
Even though he likes the game his way, that of course does not stop him being a massive fan of all Blood Bowl things and as such he is sporting some Podcast branded clothing :)”

Great little piece of Fluff that he wrote up and it also helps that it reminds me of growing up and playing games with my older brother.
Rich will be receiving a custom T-shirt with his image(which will also be available in the store Both Down Store *plug plug*) and the Matt Forbeck signed TPB as well as some Nuffleween dice! Why? Because we’re awesome. Heck, he might even be getting more! Who knows? We’re crazy!!!!